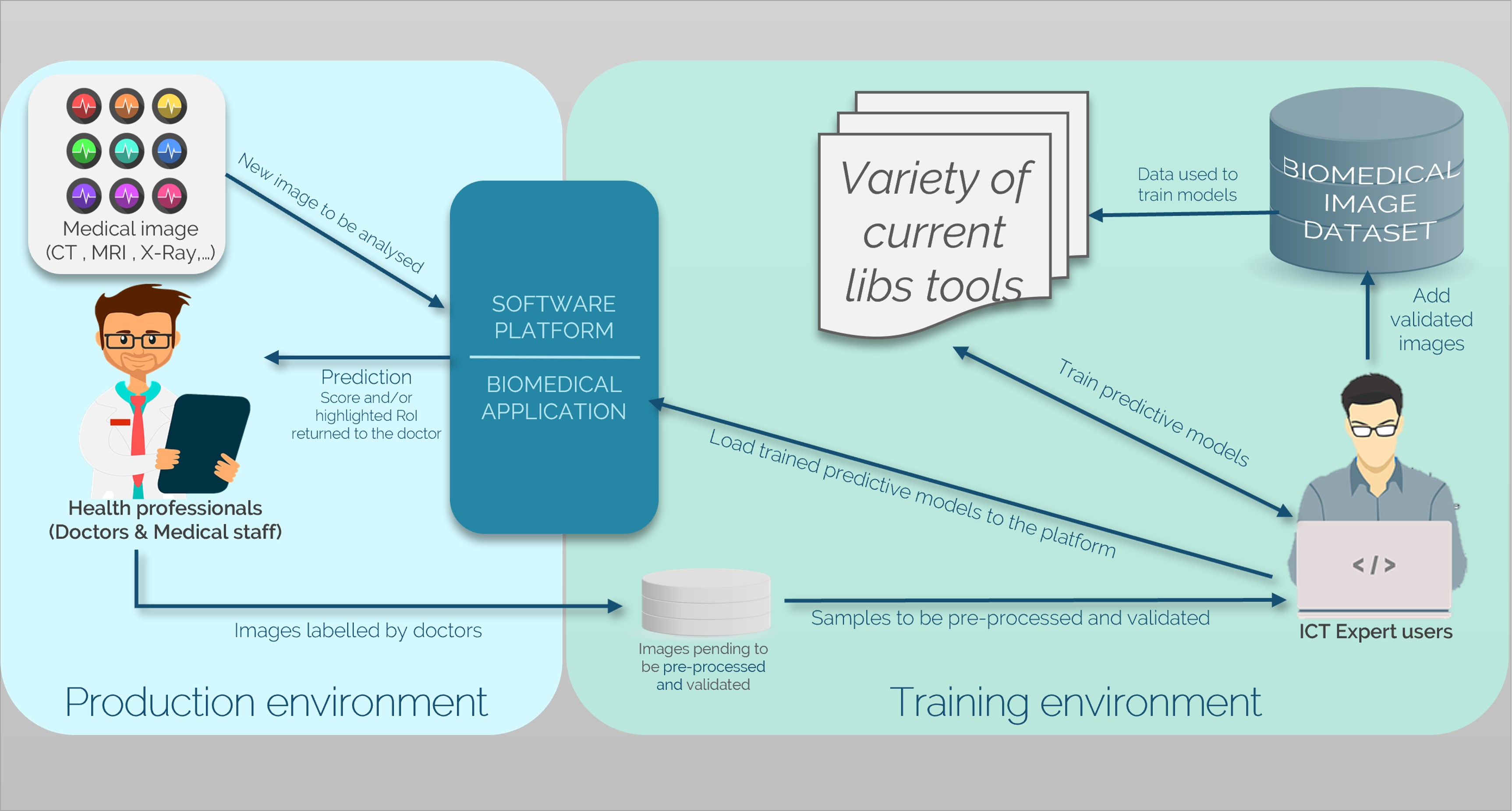 DeepHealth project has official ended. However, let’s review the main outcomes that can be used outside the project lifetime.

The DeepHealth Toolkit is a general-purpose deep learning framework, including image processing and computer vision functionalities, enabled to exploit HPC and cloud infrastructures for running parallel/distributed training and inference processes. The core of the toolkit consists of two libraries, namely:

The Front-end and Back-end accompany the libraries to allow and facilitate their use. The libraries are designed to run under the control of HPC-specific workflow managers such as COMPSs and StreamFlow. All the toolkit components are available as free and open-source software under the MIT license.

The ECVL is an image processing software stack that supports the most common image formats (medical & non-medical) and whole-slide images. The ECVL library has also been adapted to be used in a cloud environment by extending it to perform parallel and distributed jobs on Kubernetes-managed computing resources. A python wrapper PyECVL is also available.

The DeepHealth toolkit Front-end is a web-based graphical, intuitive and attractive user interface that allows the user to access all of the functionalities provided by both libraries.

The DeepHealth Back-end manages low-level libraries interaction, driving the dataset loading, image manipulation, and the training and inference processes; through the front-end part, the user exploits these functionalities in an easy-to-use way.

COMP Superscalar (COMPSs) is a programming model developed by BSC that aims to ease application development for distributed infrastructures. In DeepHealth, it is used to efficiently distribute the computation of the libraries while hiding the infrastructure complexities.

StreamFlow is a workflow management system developed by UNITO to support the execution of hybrid workflows. It adopts the Common Workflow Language (CWL) open standard to express steps and dependencies, relying on platform-dependent description formats to specify locations in charge of executing them.

15 Success stories (out of the 23  pairs of UCs – platforms pilots implemented) can be found at  https://deephealth-project.eu/success-stories/ while some demos are also available on the DeepHealth youtube channel.